has been awarded a 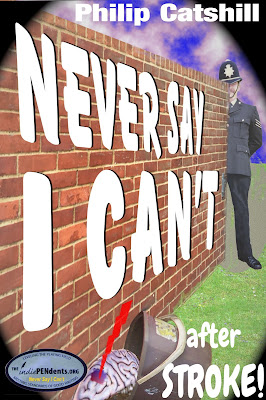 Posted by Philip Catshill at 20:07 No comments: Links to this post


After the untimely death of the Awesome Indies coordinator, Brian Sfinas, I took over the administration, rebuilt the website at http://awesomeindies.net and relaunched Awesome Indies as Awesome Indies Book Awards. Although we are attracting submissions in various genre, we are struggling to find suitably qualified assessors. In order to receive the Badge of Approval, a self-published book (or independently published book) must meet the editing standards found in traditional publishing and be recommended by two independent assessors. 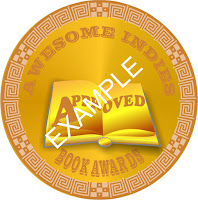 A third assessor will then decide whether the book is worthy of the prestigious Seal of Excellence. 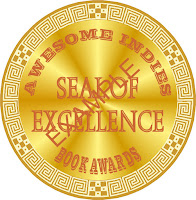 As Awesome Indies Book Awards does not charge a submission fee but relies on donations to meet expenses, we are not able to pay our assessors. Perhaps it is time to reconsider our submission and award process, so I would welcome any ideas or suggestions you may have. Ideally, this appeal will encourage a plethora of editors, proofreaders, publishing professionals or readers to join our assessment team! 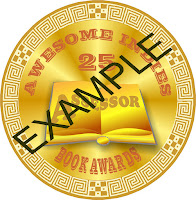 Posted by Philip Catshill at 20:32 No comments: Links to this post

and people who believe them.

It is bad enough when what could originally be described as a trivial omission provokes a disagreement, but when one of the parties defends his actions with a lie, it puts a strain on the relationship.

However, when he repeats his lie to others, the strain becomes irreparable damage. When those others believe the lie, the damage spreads.

Honesty could have brought healing and understanding, but to tell a deliberate lie and then, because that lie is believed, to spread that lie further afield is a cruel and callous crime.

In the case of the incident I have in mind, the liar has repeated his version so often, I think he believes it himself. One of the people to whom he lied considers he has made a magnanimous gesture towards reconciliation, but the one thing he hasn't done yet is told the truth.

Posted by Philip Catshill at 14:54 No comments: Links to this post 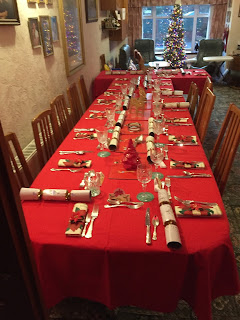 I received a gift this Christmas Which money could not buy Five generations of our family Joined us on Boxing Day!

Daughter & her husband
have grandchildren of their own
And I sit in joy wonder,
to see the family grown

Our Grandson brings his girlfriend
Our Son brings children three
But they are far too big now
To sit on Granddad's knee!

And Joy abounds in this house,
That day and all year through

Yeah!
Posted by Philip Catshill at 20:03 No comments: Links to this post

I've had two major and one minor strokes, together with countless TIAs.
The other day, someone asked me, "What is it like?"
In case you are interested, this is how I describe the long road to recovery ...
Having a stroke is like dropping a dozen jigsaw puzzles down a flight of stairs ...
You still have all the pieces, and hopefully, a few will stay in the boxes, but other pieces scatter on the treads. One or two might be lost forever by slipping through the gap between the carpet and the wall.

Other pieces might land upside down so you can't see the picture at all, just the cardboard on the back.

Pieces like the ability to talk, to walk, to remember faces of friends and family, tastes, smells, your likes and dislikes have to be picked up one piece at a time, and that little fragment of picture studied until you decide in which box it belongs. Sometimes, you will put the piece in the wrong box, and quite often, you have to tip out the box and start again, but in time, with help and support from family, friends and therapists, you will get the majority of pieces back where they belong.
Some puzzles will never be complete. For example, my right hand has never recovered its ability to hold a pen, and I've lost the upper right quadrant of my eyesight. I guess those pieces are still under the carpet.
Picking up those pieces just takes time, patience, and courage.
Never Say I Can't
Posted by Philip Catshill at 19:37 No comments: Links to this post

I only met my South-African born brother-in-law three times. Twice in 1982 and again in 1986, but in those few visits, our readiness to share a joke and a smile developed a bond that survived throughout the years of separation. We never exchanged mail directly, but he always had a quip or a quote to add to my sister’s replies.
Beneath the façade of humour, he managed to supress some immense tragedies that had occurred in his life. He outlived all three of his children from his first marriage. His two daughters died together when their mother was involved in a car accident. His son, who was also in the car, bore the physical and mental scars for twenty-five years, until one night, burglars broke into his Johannesburg home and shot him dead.
When humour failed him, he found solace in alcohol, and perhaps alcohol caused his death at 73, just a month ago today.
My sister was in her thirties when they married. They never had children.

Posted by Philip Catshill at 10:47 2 comments: Links to this post

With truth, love endures
But lies often seem stronger
Lies cut wounds even deeper,
In time, the wounds will heal
but scars remain forever.
Posted by Philip Catshill at 14:24 No comments: Links to this post